Two travelers in music. In their luggage: treasures from the tradition of American music history.

Songs from the States

Traditional American songs, newly interpreted and played live - with the Duo Lee Green you will get the mood of your event. The two experienced musicians Magor Szilagyi and Pascal Grünenfelder draw from the rich fund of blues, roots, country and R'n'B tradition and give fresh splendor to the great old songs from the Delta, the cities of the South, the Appalachian Mountains and the coal mines of Kentucky. Atmospheric, stylish and professional, the duo captivates every audience, whether discreetly in the background or in concert as the main musical attraction at your event.

Pascal Grünenfelder studied at the Lucerne School of Music and since the end of the eighties has been active in various bands and projects (Karls Kühne Gassenschau, Theater Basel, The Blackberry Brandies, Okou, Fucking Beautiful and others). Musically he moves between rock, pop, jazz and Latin, artistically he adds the areas of performance and theatre. Grünenfelder regularly tours Switzerland, Germany and France and can be heard on various CD productions.

On the guitar and the blues harp

Magor Szilagyi, called "Mag O'Lee", is a well-known vagabond in the realm of blues, folk and country. For over 16 years he has been touring Switzerland and Europe with various formations (The Voyageurs, Famara, Lucky the Girl, the Mojo Swamp and others).


Songs to listen to

That's not Love
sick of you
fishing blues 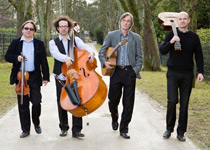 A Fistful Of Twist

Create the right mood with a stylish mix of reggae, funk and soul. » 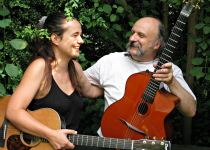 With a velvety soft voice, swinging rhythms and bluesy jazz sounds this sextet enriches your event. »